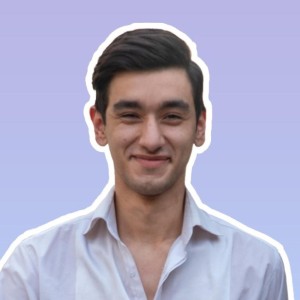 HPMC or hydroxypropylmethylcellulose with experimental formula C8H15O8-(C10H18O6)n-C8H15O8 and molecular weight of 240208 g/mol is a concentrator of the cellulose ether group which is prepared from modified cellulose with alkaline compounds and reacts with methyl chloride and propylene oxide.

In this combination, the hydroxyl functional groups have been replaced by one or more of the three hydroxyl groups in the cellulose ring.

HPMC has different ratios of hydroxyl group substitution, which affects the degree of organic solubility and thermal gel temperature of aqueous solutions. Hydroxypropylmethylcellulose is a semi-synthetic, load-free and viscoelastic polymer, and in terms of yellow powder, odorless, non-toxic and combustible, water-soluble, biodegradable and biocompatible.

In addition, it is soluble in polar organic solvents with high and low temperatures. HPMC has more organo solubility and thermal plasticity than its counterparts such as methylcellulose.

It forms the gel by heating to a gelling temperature of 75 to 90 °C. Hydroxypropylmethylcellulose has a high ability to concentrate and dehydrate the product and is usually added to products to maintain the amount of water in the product and washing purposes.

Production and synthesis of hydroxypropylmethylcellulose

The process of synthesis of hydroxypropropylmethylcellulose polymer consists of several steps, which are:

Alkalinization: The cellulose in wood pulp is modified with a solution of sodium hydroxide in a reactor.

Atrification: Methyl chloride compounds followed by propylene oxide are added to the modified cellulose of the previous step to express the methoxy and propylene glycol groups.

Neutralization: With the hydrochloric acid solution, the charge of the resulting mixture is neutralized.

Purification: The mixture obtained from the previous steps is washed and filtered with hot water in several steps.

Drying and size: In this stage, the filtered product is dried from the previous stage and ground to the desired particle size and then packed.

HPMC has a wide range of applications in pharmaceuticals, paints, cosmetics, adhesives, coatings, agriculture and textiles. Therefore, many industries buy HPMC to produce products. The most important applications of hydroxypropylmethylcellulose are the following:

FDA studies have shown no toxicity or stimulant effects for HPMC, and in general, the FDA has classified hydroxypropylmethylcellulose as a non-toxic, non-stimulant substance that is safe for human use.

Types of hydroxypropylmethylcellulose (HPMC) by LANDU

Note: All HPMCs made by LANDU company have been imported exclusively by Oxin Chemistry Trading and the sale of this product is official and unofficial. All HPMC codes imported by Oxin Chemistry have the same viscosity of 200,000 mPas and differ only in the degree of dissolution and the time of formation of the final homogeneous solution.

This product with high viscosity condenses as soon as it comes in contact with water, which reduces its dissolution rate. For this reason, this code is used for powder products such as: various construction additives, tile adhesives and wallpaper.

This product with high viscosity thickens condenses after about 15-20 minutes from contact with water and its final solution has a clear appearance and is mainly used for floor cleaners and dishwashers. In short, this product has: low final consistency, low water demand, very high water retention and very high thermal stability.

This product has a high viscosity and is mainly used for cost-effective cement-based tile adhesives. This HPMC code significantly reduces water loss in adsorbent substrates such as cement and gypsum plaster. It has a high resistance to slipping and provides adhesives with better slip properties so that the tiles can be installed in a better way. In short, this product has: medium final consistency, medium water demand, very high water retention and standard thermal stability.

This product with high viscosity has a delay solubility and due to its good compatibility with ionic surfactants, it is mainly used in the manufacture of detergents.

Note: This assignment is formulated exclusively by LANDU Company for Oxin Chemistry Trading and is imported into the country.

Inquiry about the price and purchase of hydroxypropylmethylcellulose

Due to the wide and diverse application of hydroxypropylmethylcellulose in various industries, the Oxin Chemistry Co, has made it possible for esteemed buyers to purchase this substance in small and large quantities in order to supply the materials required by their industries at reasonable costs. For price inquiries and purchase of hydroxypropylmethylcellulose, please contact our colleagues.

There are no reviews yet.